The Madden 16, which was released in 2016, came with some improvements compared to the previous version. The most significant development being the on-the-field cameras. With the cameras, you can view your team’s biggest moments from different angles.

In addition, gamers who have played the Madden NFL 16 for some time now would tell you that the experience they get is comparable to watching a live NFL match.

How do you Change the Camera Angle in Madden?

To begin with, before you can get the best gaming and viewing experience with the Madden NFL 16, you have to choose from a variety of camera angles available. After installing the Madden 16, the default camera angle is not exactly the best, so you may have to change it. To do that, you have to go to the camera settings menu in your Xbox One or PS4.

Here’s how you can change the angle in your camera:

i. Firstly, open the gaming app, go to the main screen and click the “Gear” icon.

ii. When it opens, choose the “Settings” tab.

iv. Then scroll down to drop list, and you will see a tab called “Cameras.” Open it.

v. Also, in the camera section, you can choose the best camera angle you like. You can also toggle the camera and passing cam between on and off.

This video shows you how to zoom the passing camera in Madden 16. Check it out…

How do You Change the view on defense in Madden?

Apart from choosing your preferred camera angle before starting a game, you can also change the offensive and defensive view to get the best gaming experience. For you to do this on your Xbox or PlayStation, you must be using the directional buttons on your gaming pad. It’s actually located on the right-hand side of the pad.

In addition, the Madden 16 comes with five different camera angles, which include: Zoom, Broadcast, All-22, Wide, and Standard. Each of these camera angles allows you to view through a defensive and offensive mode. Once you choose the camera angle you want, exit the menu, and you will notice the camera angle has been changed.

Nevertheless, if you are tired of the current view, you can always return to your default view, which is the Standard camera angle. Note that video games cameras are quite different from traditional cameras. 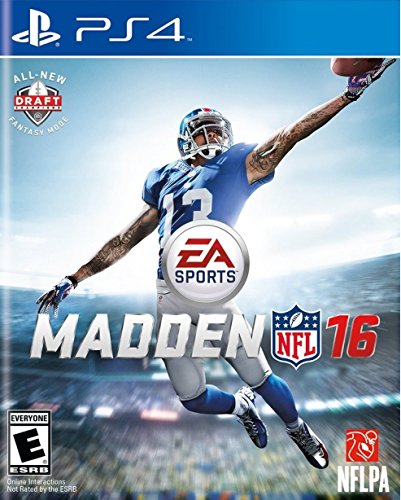 Finally, Madden NFL 16 is an addictive American Football video game developed by EA Tiburon. With its different camera angles such as Zoom, Broadcast, All-22, Wide, and Standard, you can view the pitch in an offensive and defensive manner.

We have affiliate relationships with the providers of the products, goods and services that are linked to on this page and may be compensated when you buy. But do note that it doesn't increase the cost of the products to you in any way or determine our verdict on a product/service.